A Smithfield State High School student has won top honours in a state-wide competition that encouraged students to create and plan their perfect community. Mayor Bob Manning presents Anika Weremchuk with her $2,500 cheque as the winner of the LGAQ’s Better Communities competition.

The Better Communities competition offered a $2,500 each to the primary school and high school-aged students who built the best community, balancing realistic economic, environmental and community factors.

LGAQ CEO Greg Hallam said: “The entries we received from across the state showed a lot of creativity and innovative thinking.

“Town planning and civic leadership requires out of the box thinking and it is clear there is a lot of ingenuity and big ideas out there in Queensland’s schools.”

The judges said of the Smithfield Year 12 student’s design: “Anika’s entry was outstanding in that it balanced density with environmental protection.

“Schools, universities, and hospitals generate a lot of traffic from students and workers.

“By siting them close together, you encourage a walkable place. Well done!”

Cr Manning said that competitions, such as this, had the potential to inspire the next generation of town planner and civic leaders.

“We need to involve young people when considering the future direction of our communities and consider their aspirations,” Cr Manning said.

“Everyone has different ideas on what the perfect community looks like, and how we balance aspects of liveability with environmental and economic concerns.

“This competition provided the perfect platform for young people to create what they would like to see of our future cities and communities, and I congratulate Anika on her winning entry, perhaps one day we will see her helping Council to develop its future city plans.”

Anika said sustainability and liveability were a focus of her design.

“I made sure there were lots of high-density buildings because they're a more sustainable use of space, and I built parks and created jobs so that people would want to live there,” she explained.

“Whenever I made decisions, these were the principles I had in mind – how I could make my community better regarding these two things.”

She said the competition had the potential to grow interest in city planning.

“For some, the interest in town planning may only last as long as the competition, but I think there's the chance that even after the competition ends, some people will still want to pursue it in the future,” she said.

“The competition was a good way to expose young people to what's involved in town planning and what they need to consider when making these kinds of decisions.” 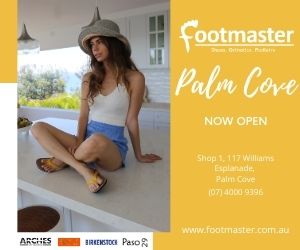